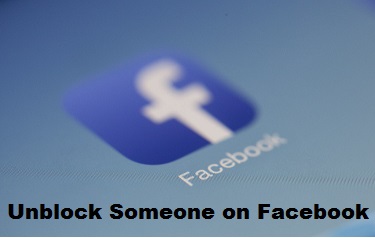 The moment you block someone on Facebook, they can’t see what you share on your page, contact you, tag you in any content, invite you to events or groups, or add you as a friend.

However, unblocking someone will not immediately include them as a friend; if you want to be their friend again, you must give them a new friend request.

Read Also >>>>>>>>> How to Recover Deleted Messages From Facebook

There are various reasons why Facebook users block people. Definitely you can block someone for privacy reasons; if you fill they are scammers on the platform and so on and forth. The Facebook platform is completely free to block someone, which means Facebook does not require any fee for such act.

We all know that people on the platform have different reasons. They block people on the Facebook platform, but, we’ll talk about that later in this article. For now, let me show you ways you can easily unblock on Facebook. Below I will explain with you the steps to unblock users on Facebook as well as Facebook Messenger.

These are just a few steps to unblocking anyone you’ve blocked on Facebook.

There are a few things to hold in mind when unblocking others. The person will be able to locate you, email you, and tag you once more. What’s more, you’ll have to wait 48 hours before you can block the user again.

This website uses cookies to improve your experience while you navigate through the website. Out of these, the cookies that are categorized as necessary are stored on your browser as they are essential for the working of basic functionalities of the website. We also use third-party cookies that help us analyze and understand how you use this website. These cookies will be stored in your browser only with your consent. You also have the option to opt-out of these cookies. But opting out of some of these cookies may affect your browsing experience.
Necessary Always Enabled

Any cookies that may not be particularly necessary for the website to function and is used specifically to collect user personal data via analytics, ads, other embedded contents are termed as non-necessary cookies. It is mandatory to procure user consent prior to running these cookies on your website.