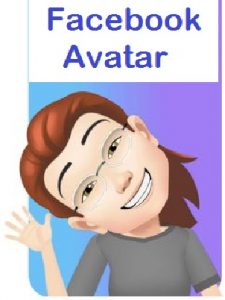 Facebook Avatar is an image-based communicator that is now trendy on Facebook. It’s a new feature rolled out to millions of Facebook users that enable you to create a cartoon character image that resembles you.

Moreover, a user of this platform uses Avatar stickers to communicate on stories, when making comments, on Facebook Messenger. In the same vein, the Avatar image of you can as well be used to replace your Facebook profile picture conveniently.

Basically, Facebook Avatar is an improved version of smileys and emoji. Since the launch of these Facebook Avatar stickers, users now have verities of ways as to how they comment or text messages without necessarily using thump up, happy, sad, or angry emoji. However, with Facebook avatar maker it’s easier to create a cartoon look-alike of your expression of what you want or how you fill without really typing out letters. Furthermore, messages are sent and received using only Avatar images.

It is easy to access and create your own avatar but, if your Facebook app is the old version it means you will need to update to a new version in other to access avatar features. Similarly, if the Avatar update has gotten to your location it will appear else it will not appear even after updating your Fb to the new app. The stickers appear beside the Messenger selection tab and the moment you click, you can start picking stickers of an image that you like.

Recently, the FB platform has been flooded with avatar stickers as people use it to express their words rather than typing messages. This article is to guide you on how to create your own avatar and use it when sending messages on FB.

If you don’t have these Avatar features running in your Android, iPhone, iPad, then it’s time to make it happen.

Its time to share your avatar image to friends and loved ones, it can also be used as a profile picture. Most importantly, the FB Avatar builder is only available on a mobile app that has similar instructions for iOs and Android. Meanwhile, you cannot make a FB avatar via a laptop or computer.