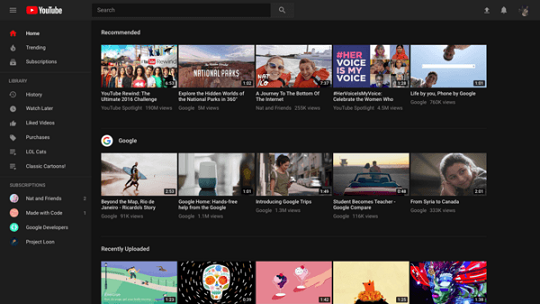 YouTube TV, with the rapid advancement in technology, Google has taken a step further and has provided access to multiple channels through its YouTube TV application.

Despite the name, it is not a part of Youtube because Google operates them as separate entities and thus each requires different apps. It was launched on the 28th of February, 2017 and since then further improvements have taken place with a corresponding increase in the youtube TV cost, compared to the original start off price.

Easy and simple steps to follow that enable you connect to your TV.

Basically, over 100 PBS member stations are now available on Youtube TV with additional channels to be added soon. There is a relative increase in the list of supported devices and unlimited DVR is included with no additional charge and recordings can be kept for up to nine months.

Moreover, many customers compare Youtube TV with other streaming TV services like Hulu Live TV and many others. Most sports fans usually prefer Youtube TV and streamers who wish to save money by cutting the cord without giving up favorite channels also run to this platform. It allows you to watch shows after they initially air, on-demand and it is a handy way to catch up on older episodes or seasoned that started before you started your recording through the DVR function.

Most assuredly, this platform is available on different devices with the aim of providing users the opportunity to watch TV anytime and anywhere on whichever platform or device. Similarly, YouTube intends to introduce more features in ways users can always watch with the below-listed devices.

Mobile Device: this includes smartphones and tablets that run on Android and iPhones. Secondly, always update your device with the latest Android version.

TVs: Live TV streaming, watching your favorite shows can also be viewed on a TV using a code, simply use your tablet, phone, PS4, or computer in controlling your YouTube happening on TV when you link such device to the TV, what a good DVR on the move.

Computers/Laptops: it can as well be watched using a web browser direct from the site on tv.youtube.com.

Some of the supported devices include;

This website uses cookies to improve your experience while you navigate through the website. Out of these, the cookies that are categorized as necessary are stored on your browser as they are essential for the working of basic functionalities of the website. We also use third-party cookies that help us analyze and understand how you use this website. These cookies will be stored in your browser only with your consent. You also have the option to opt-out of these cookies. But opting out of some of these cookies may affect your browsing experience.
Necessary Always Enabled
Necessary cookies are absolutely essential for the website to function properly. This category only includes cookies that ensures basic functionalities and security features of the website. These cookies do not store any personal information.
Non-necessary
Any cookies that may not be particularly necessary for the website to function and is used specifically to collect user personal data via analytics, ads, other embedded contents are termed as non-necessary cookies. It is mandatory to procure user consent prior to running these cookies on your website.
SAVE & ACCEPT