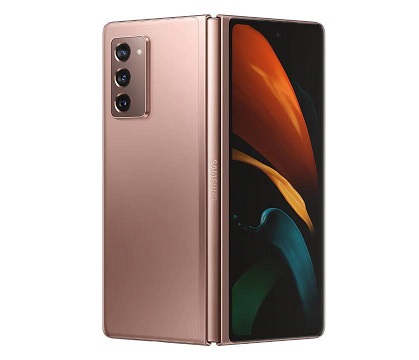 The Samsung Galaxy Z Fold 2 is one of the top model phones you can get right now. Let’s dive in and see what the whole thing about Samsung fold.

Meanwhile, phones used to come in a wide range of shapes and sizes, so for a while everything got pretty identical and pretty boring. We’ve got a folding phone right now the Galaxy fold Z and things are pretty exciting. It has a folding display that allows you to open it into a tablet.

First of all, this phone in folded mode really folds in half. The back of the phone is taken up by a second display, which is quite tall and narrow, but definitely an improvement on the model of last year phones.

Samsung Galaxy Z Fold 2 is a very powerful android phone that also doubles as a tablet and it really worth the price. It standard is 5G and the front display is quite bigger than the ordinary Samsung phones.

More importantly, the foldable format is more durable than the initial fold phone. The multitasking is just perfect it can run 3 apps at a time and several other apps.

The Fold 2 operates with 12 gigabytes of RAM and 256 gigabytes of storage on a Qualcomm Snapdragon 865 processor. Either mystic black or mystic bronze comes in, which is a fancy way to say black or bronze. You can choose one of four different colors for the hinge, too. When you order on the Samsung website, once you open the Galaxy Z fold 2; Things get a lot more interesting. As you are now in tablet mode which is first and foremost at the point of buying a foldable phone. The primary display is a dynamic mo OLED display with a refresh rate of 120 hertz, which is in line with other premium 2020 phones from Samsung

Another downside is that when folded it’s much thicker than a normal phone. It’s still going to fit in your pocket. But it’s a bit like squashing two phones together.

Don’t get me wrong, it’s still a great camera, but we’re expecting the best you can possibly get for this price. The camera has all the same features as the other 2020 flagship phones from Samsung, including low focus and single take mode. The Z Fold 2 utilizes the same basic lens configuration as the S20. There are also 2 10 megapixel selfie cameras, one on the front and one inside, unlike Samsung’s other phones, but each lens is only 12 megapixels. This one is not resistant at all to water. Frankly, in light rain, I’ll even be a bit scared to take it out.

However, when you’re not constantly watching videos on it, it should easily last a full day. It charges via USB C or wireless charging, although it’s unusual in shape, with some wireless chargers it can be difficult to use. You might be a bit disappointed in the photo performance if you’re keen on the camera features, as it doesn’t quite measure up to the Samsung Galaxy. Note 20 Ultra You get a lot less telephoto capabilities, a smaller picture, sensors, and it’s just a bit tricky to shoot on.

Is rest assured you’re going to have to be super careful with this phone, so you should buy the Samsung Galaxy Z Fold 2? Foldable are still a little uncommon and a luxury purchase should really be considered. You can get some overall value from a cheaper Samsung phone, for sure. With that said, opening the phone feels like the future, it’s great to have a much larger screen and we’re excited to see what kind of apps a folding screen could inspire if you like the idea of a folding phone, the Galaxy Z Fold 2.

Lastly, Samsung Galaxy Z Fold 2 isn’t water resistance, which means you need to be extra care about that; unlike the flagship phones.

This website uses cookies to improve your experience while you navigate through the website. Out of these, the cookies that are categorized as necessary are stored on your browser as they are essential for the working of basic functionalities of the website. We also use third-party cookies that help us analyze and understand how you use this website. These cookies will be stored in your browser only with your consent. You also have the option to opt-out of these cookies. But opting out of some of these cookies may affect your browsing experience.
Necessary Always Enabled

Any cookies that may not be particularly necessary for the website to function and is used specifically to collect user personal data via analytics, ads, other embedded contents are termed as non-necessary cookies. It is mandatory to procure user consent prior to running these cookies on your website.